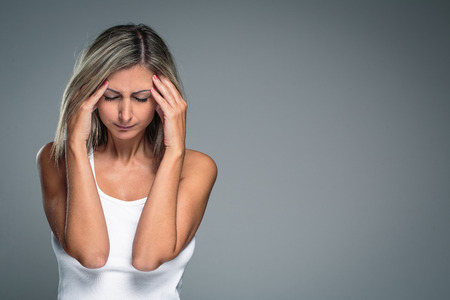 Feeling depressed? You are far from alone. In fact, depression is so common that mental health professionals often refer to it as “the common cold” of mental disorders. According to data released by the National Institute of Mental Health in 2012, it is estimated that roughly 16 million Americans have had at least one major depressive episode that year. That’s 6.9% of the population! And according to the World Health Organization, over 350 million people suffer from depression worldwide.

Is it Depression or Sadness?

All of us become sad at various points in our lives. This is both normal and a healthy expression of emotion. For example following a loss or disappointment, any healthy person would feel sad. What distinguishes depression from everyday sadness is that it doesn’t seem to go away. If the sadness persists over a period of weeks or longer it is likely that you are depressed.

Here are some other feelings that are quite common when someone becomes depressed: Feelings of “emptiness” extreme irritability over minor things, anxiety and restlessness, easily angered, loss of interest in things that usually interest you, repeatedly thinking about things that have gone wrong for you, feelings of hopelessness, and thoughts of death or suicide.

There are also common physical signs of depression that you can look for. These include a change in appetite. Some of us lose our appetite when we are depressed, while others start eating more as a way to comfort themselves. Sleep changes are also typical.

So the important thing to remember is that sadness is transient and usually people can point to a specific cause (i.e. I am so sad that my best friend is moving far away) and depression just doesn’t seem to go away, and it is often hard to tie it to a specific event.

What should I do if I think I might be depressed?

The first thing that anybody who is experiencing these symptoms should do is to make an appointment with and see their doctor. This is important to make sure that you do not have any physical illness that may be causing your symptoms. If the doctor finds you to be in good physical health, it is likely then that you are suffering from depression, and that trying to “snap out of it” won’t work.

It is important that you get treatment for your depression which can both alíviate the symptoms but also can put you on much better footing in the future so that you are much less likely to experience severe depression in the future.

Should I take antidepressant pills or go for psychotherapy?

Many people like the idea of being able to simply take a pill and their depression will go away like one might take an aspirin for a headache. It’s a nice idea, and not without some validity, but unfortunately, it’s unlikely that taking antidepressant medication alone will give you the best result.

So the short answer is taking pills for depression will not be as likely to result in relief from the depression as the being in psychotherapy and taking medication. That particular study compared Cognitive Behavioral Therapy with medication to the group taking medication alone. Cognitive Behavioral Therapy is often used in research studies because of the various forms of psychotherapy available, it most easily lends itself to research. But there are many forms of psychotherapy and other non-pharmacological treatments.

A very recent study published in the journal, Evidence Based Medicine, 2016, 21 (6) 214-221 conducted what is called a “meta-analysis” in which the results of hundreds of studies are reviewed. In this particular study, the investigators combined 367 previous studies (a total of 20,000 patients) to try to see what types of non-pharmacological treatments help depression the most.

These treatments included psychotherapy, naturopathic therapy, as well as things such as increased physical activity (running, going to the gym). Once again it was clear that these interventions all seemed to help reduce the symptoms of depression, but the relative effectiveness remains unclear.

So there is no one right type of non-medication therapy for depression for everyone. In fact, the authors conclude that while these type of therapies are helpful, which should be chosen should be based on the individual’s “values, preferences, clinical and social contexts.”

How it’s gone for people in my practice:

Many people try to find a good therapist if they are feeling depressed and they have tried everything that they could, but the depression lingers. Often people will say things such as they feel depressed, but they don’t know why. It’s been my experience that psychotherapy can be remarkably helpful in those situations.

People get a chance to share their concerns in a completely confidential, non-judgmental setting, and we get a chance to understand more about the internal workings of their depression and find ways to address it so they experience relief. For many people, this is quite sufficient, and they never go on antidepressant medications.

Some people first come into psychotherapy after having tried medication and in time their depression returned; the medication seems to have lost its effectiveness in spite of the doses being increased and additional medications added.

From my perspective as a psychologist, this tends to happen because they have never had the opportunity to resolve the underlying issues at the root of their depression. The changes in brain chemistry provide temporary relief, but as the brain adjusts to the chemical changes caused by the medication, it becomes the new normal.

I see it a bit like you might get a charge of energy when you first start to drink coffee, but in time, as the body acclimates to the caffeine boost, a cup in the morning is needed just to feel “regular.” While antidepressant medication is not known to be addictive like some other classes of drugs, that does not imply that it will always give you the same “boost” that it did when you started the treatment.

When someone comes to my office and is concerned about their depression, one of the things we do together is to evaluate how severe it is, and whether their symptoms seem tolerable to them. I personally don’t feel that people should or shouldn’t take medication, but it is an available option. When someone is suffering from a very painful depression, and they are open to the idea, I send them to an expert for a medication evaluation and typically are prescribed the antidepressants that are best for them.

Repeatedly what I have seen in my practice is the antidepressant medication gives you the lift you need to be able to work on the root causes of your depression in therapy. The therapy allows you to start making some permanent changes while you are feeling the relief initially provided by the medication.

In time many people in my practice feel that they no longer need the antidepressant medication, and under the supervision of an expert slowly discontinue it. As indicated earlier, there is no one right way that fits everyone, but with a sensitive and caring therapist, combined with the proper medication, if needed, can make your history of depression exactly that; History!

If you’re in the New York metro and this article speaks to your experience, you’re not alone. I can help if therapy is the avenue you want to pursue. Reach out to me directly at 212-242-2219, or contact me by email at dr.elimayer@verizon.net.