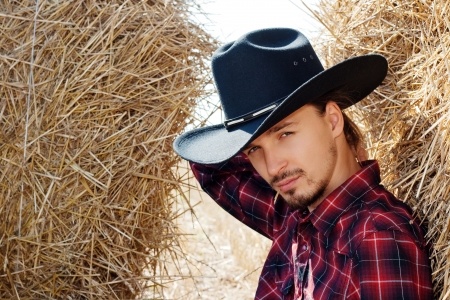 Why Straight Rural Men Have Gay “Bud-Sex” With Each Other is the title of Jesse Singal’s article on sexuality in this week’s (Dec. 18, 2016) New York Magazine. In it she describes the work of the University of Oregon’s sociology doctoral student Tony Silva who looked at rural white men who identify as “straight” and have sex with other men, in his paper Gender & Society.

The subjects of his paper were 19 straight (or mostly straight) identified men who had advertised for male sexual encounters in rural areas. Perhaps the simplest way of describing the findings is that the men interviewed tended to be masculine in their behavior and enjoyed sex with other masculine men, but it did not detract from their identity as heterosexual.

One needs to understand that “being gay” is an identity, and not an objective fact. It is how one thinks of oneself, just as one might think of themselves as “Italian” although they are a 3rd generation American and only one set of their grandparents had entirely Italian blood. In my years of practice I have come across men who rarely have sex with woman yet identify as straight, as well as men who have sex almost entirely with woman yet identify as gay, and of course, all points in between.

One of the interesting findings reported by Singal is that an important piece of preserving their identities as straight men was that they themselves were masculine in their behavior, as were the men that they liked to have sex with, thus giving it the feel of sex between straight men. There was a clear rejection of men who identified as gay, or displayed stereotypical feminine behavior.

This was a particularly interesting finding to me. To me, it exemplifies that while sexuality in and of itself can be fluid, how one identifies or thinks of themselves may be more strongly influenced by the cultural demands around them.

These men where all from rural areas and perhaps both due to prejudice and lack of exposure, may not have been aware that gay people come in all shapes and sizes, as well as likes and dislikes. For me personally, an important part of being gay is that I enjoy masculinity. In my early coming out experiences I sometimes felt pressured by other gay men to “be myself” and stop “trying to act so butch.” But that was who I was. It didn’t make me “less gay” or inauthentic. Nobody was acting. It is in some ways the inverse of what many of these men must have experienced where the cultural demands where for masculinity, which would be at odds with identifying as gay or bi-sexual.

Another interesting aspect in this report is that the men almost uniformly denied an emotional connection to each other. Yet they also reported enjoying activities together that go beyond a casual sexual hook-up. One reported always meeting for coffee with his male sexual partner, another shopping trips, or weekends together. And while the caring seems genuine, it also seems to be kept on the level of “Buddies” and was not allowed to reach any deep emotional level that might be misunderstood as “being in love.”

Here I think we brush across a very interesting key point that I have thought about for many years. Specifically that a masculine society holds stereotypical female behaviors in contempt. So the idea of men occasionally having sex with other men is not what is abhorrent to the greater world, but rather a man acting in any way that would be considered traditionally feminine.

In fact in the article at one point sex between men is referred to as “helping a buddy out.” Helping a buddy out is what men do for each other, like changing a flat tire. Baking cookies for him, getting “all sweet for him” are things that woman would do and therefore spoken of pejoratively.

I have heard many men over the years laugh about a camping trip, or being drunk and one of them giving the other a blow job. In the discussion, the sexual exchange is usually treated as a routine thing that is liable to happen in those circumstances. Not a terribly big deal where all the guys involved are straight. But to walk like a girl, or throw like a girl or fight like a girl that is what makes you the object of contempt. It is that which gets you labeled a sissy or a faggot, and makes you the object of public scorn.

Perhaps that explains why some straight men will have sex with other men, but are terrified by romantic attractions to anyone, male or female.

Dr. Eli Mayer is a sex therapist for couples and individuals in New York City. If you’re looking for help understanding what’s happening in your bedroom, give Dr. Eli a call (212) 242-2219.