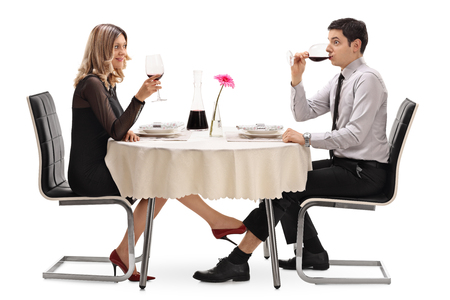 Sexual tastes and appetites vary enormously from person to person, just as tastes in foods do. Someone might love for example the flavorful and intricately spiced foods of Southeast Asia, while their partner might be happier with the relatively unseasoned foods of Northern Europe.

Sexual appetites are not much different and a common concern when two people meet is that they fear that they are “sexually incompatible” because one partner savors and delights in a particular kink or fetish, which simply does not appeal to their partner. While this seems to most like an insurmountable problem, my experience is that of the many sexual worries and complaints that people come to my office asking for help with, this actually is among the simplest to fix, and the results might surprise and delight you.

They told me how they had met at a club, enjoyed their first few dates with each other. They immediately liked each other very much, and felt a strong physical attraction. Yet when they started having sex with each other they both described it as “Okay.” but that it lacked the passion and fire that they had hoped would be there. Early in the relationship, the times they had sex together dwindled and neither really looked forward to it. Both Ronny and Mike were sad because they really wanted to feel “hot” for each other, and actually said that they loved each other, but it was just not being reflected in their sex life.

Ronny began to feel bad about herself and was wondering how she could make herself more sexually appealing to Mike. Finally Mike told her that he didn’t want to mention it, because he was afraid of Ronny rejecting him, but he had hidden from her the embarrassing fact that that women’s feet are an enormous turn on to him, and that in fact the day that he met Ronny, she was wearing sandals and he immediately started to fantasize about how sexy it would feel to him if she would let him kiss and admire her feet, and in fact he became practically orgasmic at the thought of her stepping on his face with her bare feet will he kissed them.

Mike tried early on in the relationship to test the waters and during foreplay once said: “Want me to kiss your feet?” Ronny giggled and said “Eeeww, no my feet stink.” and without giving it much thought, they continued. Mike on the other hand, made a mental note never to bring that up again.

While the specifics of Mike’s love for women’s feet, and the fact that it held less than zero interest for Ronny, you can substitute any kink or fetish that one partner may have that is in no way shared by the other. What Ronny and Mike did that turned their dull sex life into the passion they both craved can be followed by any couple in a similar type of situation. It will require a little bit of patience, and plenty of practice (but that can be a lot of fun too) and the pay-off is well worth it.

Perhaps the most important thing to begin is to calm your fears.

Mike was ashamed and worried that Ronny would consider him a “freak.” Yet by simply talking with your partner about what turns you on, the kink moves from the world of the shameful to the matter of fact, no different than some people spicy food, and some like it blander. So Mike telling Ronny about his fetish was an extremely important first step, and to the best of your ability this should be without judgment.

Ronny actually had a bit more to do. She had accepted that while it didn’t interest her, Mike’s fetish was no sign of a sexual disturbance, but simply a favorite taste of his. Also, her self-respect as a woman made her question whether she was being true to herself if she were to give into a man’s sexual fantasies that she didn’t share. This is an important concern, and it is best to keep in mind as they did, that doing something for a lover that pleases them is in no way giving up one’s right to choose, as long as no one is being coercive. Just like going to an Indian restaurant because your partner loves the food, is not giving up your freedom to choose, it is going along with something because it makes someone you care about happy.

And the last piece that took Ronny a bit to work out was that it felt to her that Mike’s interest in her feet detracted from his overall attraction to her, both in terms of her body and as a person. Once she appreciated that it in no way detracted from Mike’s overall interest in her, but rather a specific thing that he particularly liked, it was much easier for her.

Once Ronny and Mike had gotten past these obstacles, they were ready to start putting things into practice!

The important thing for Ronny to remember was that it was fine that Mike’s interest didn’t turn her on. And with that attitude she became willing to let Mike do as he played, and accommodated his wish to have her put her foot on his face. Uncomfortable at first, it soon felt fine to Ronny and she noticed that nothing bad happened. Further to her surprise and delight, Mike soon became the passionate lover she wanted. He was not only excited by playing with her feet, but felt so appreciative and his affection while having sex with her increased intensely, as she had always hoped.

But the most surprising result to the two of them, and this is how it almost always unfolds, she began to get excited by how she was able to turn him on, and began to love looking forward to sex with Mike. At the end of the day, they had not lost anything and expanded their sexual repertoire.

I often follow up with patients after the sex therapy is complete. Ronny and Mike stopped in to the office and told me that overall they have become much more adventurous sexually with each other, and are very content. With a smile, Ronny told me that Mike gives her a pedicure every two weeks and she thinks other women should be envious.

To learn more about my services, please click the tabs above and reach out when you’re ready to speak on the phone about how we might be able to work together. You can reach me directly at 212-242-2219.